Using the existing desire lines in Washington Park as a starting point, the Agroloop network proposal takes the notion of “cutting corners” as a literal method of generating built forms through flows of people and produce across scales. In an effort to challenge the basic need of a grocery store – which the neighborhood currently lacks due to the city’s history of racist planning laws and neglect of BIPOC communities, as well as the University of Chicago’s predatory real estate acquisitions – the project examines the tired concept of “farm-to-table” by creating a loop out of the associated processes of food production: what happens between the farm and the table?

A study of occupied residences in the neighborhood revealed the densest population within the central core of Washington Park, following the North/South one-way streets. Existing desire lines hinted at how residents “cut-corners” when commuting or walking through the neighborhood. These elements initiated the framework from which the project was developed: By harnessing the spaces surrounding the residential core, the typology of an urban park – a green island surrounded by built land – is reversed.

The Agroloop takes on the character of a green loop, and uses the formal gesture of cutting corners at the scale of the block and the building to generate new ways of experiencing the outer neighborhood. Agricultural paths wind between buildings and across blocks, new desire lines form through these shortcuts, and buildings respond by sweeping around corners or generating new corners themselves.

Project completed in Prof. Ellen Grimes’ studio at The School of the Art Institute of Chicago. 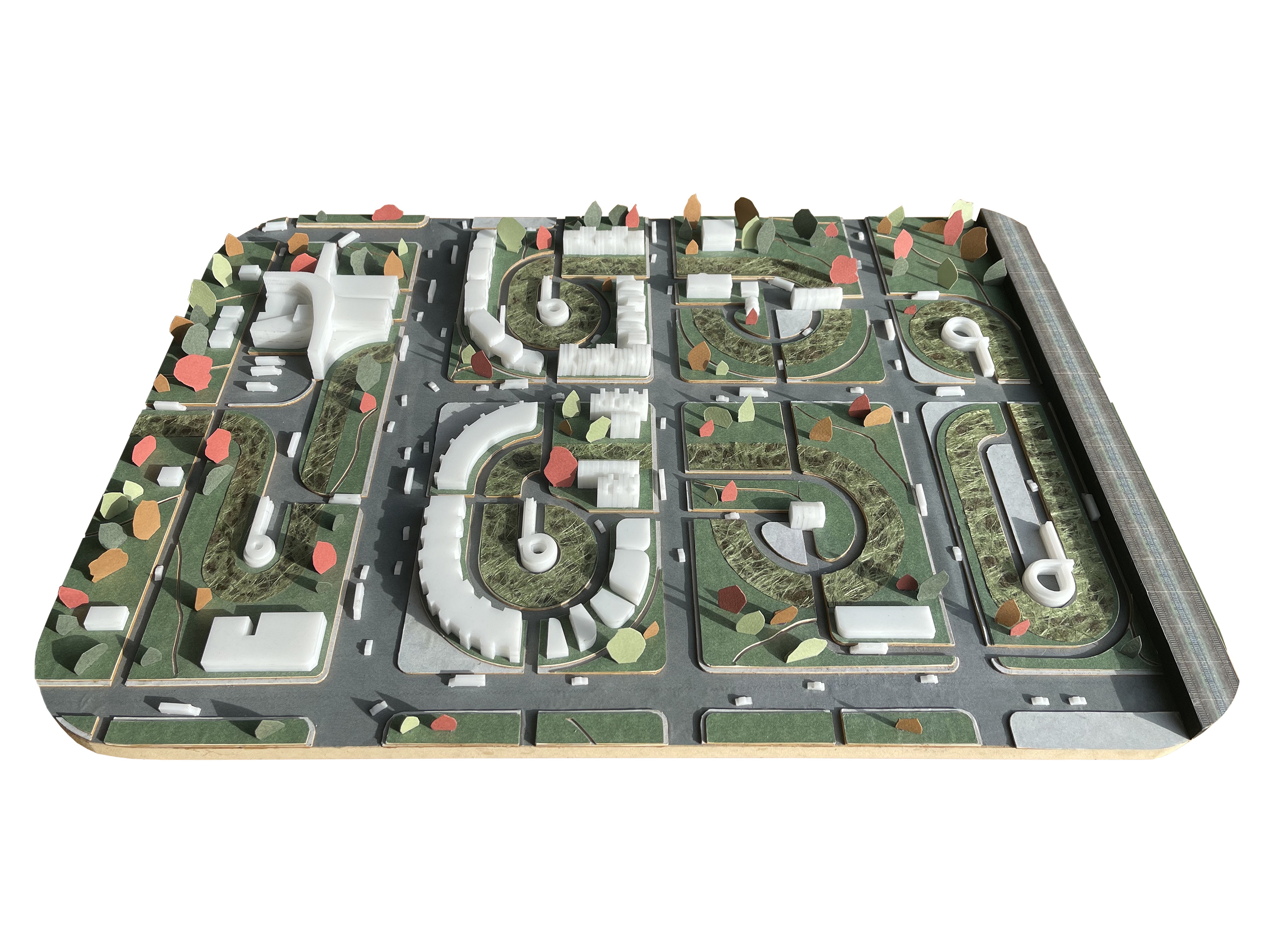