The Chicago Watershed Cultural Center is situated at a critical point along the Chicago River, and its northern riverwalk. In an initial study of the site, the sonic and luminous spaces of the bridge/bay condition on the south riverwalk led to a massing study using vaults to organize space.

As the horizontal and vertical voids cut through the site’s mass, a formal language develops that sculpts interior and exterior spaces while mediating the views between them.

The program includes an exhibition space at street level that cascades into individual programs of a library, an archive, baths, and a fishery/research lab at the riverwalk level. The landscape of the river’s edge is then manipulated to interact with these programs and encourage public exploration throughout the site.

Project completed in Prof. Iker Gil’s studio at The School of the Art Institute of Chicago. 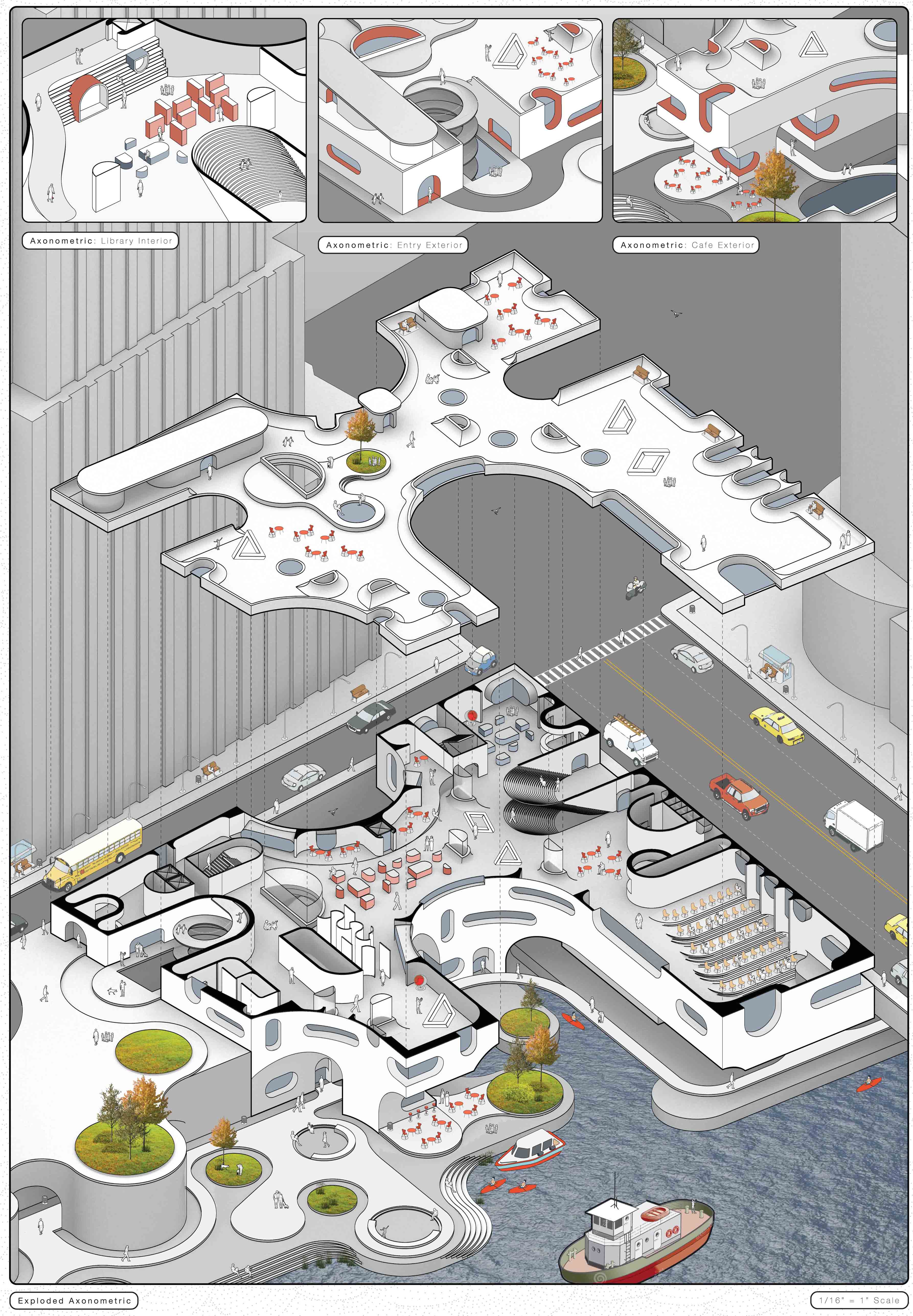 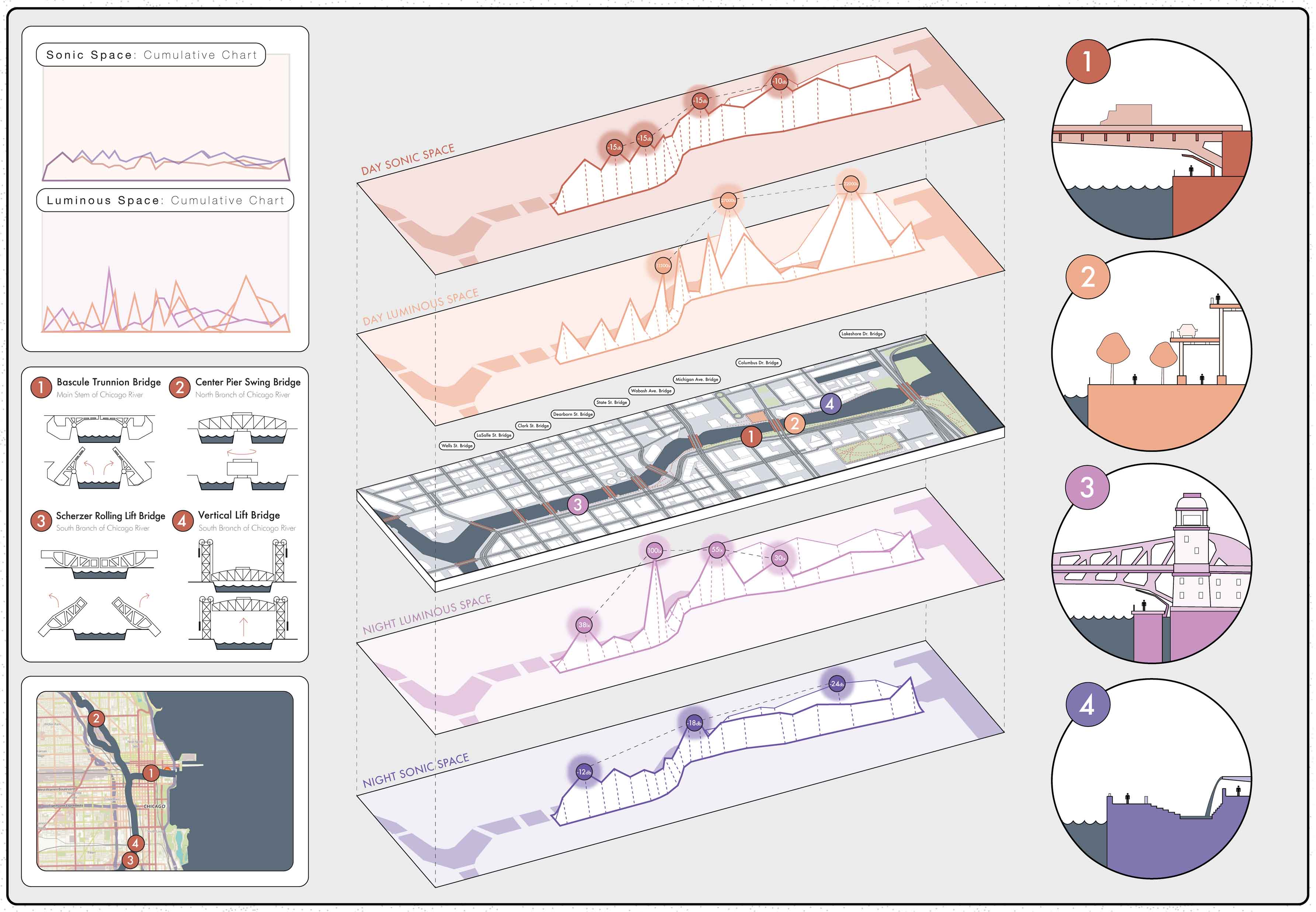 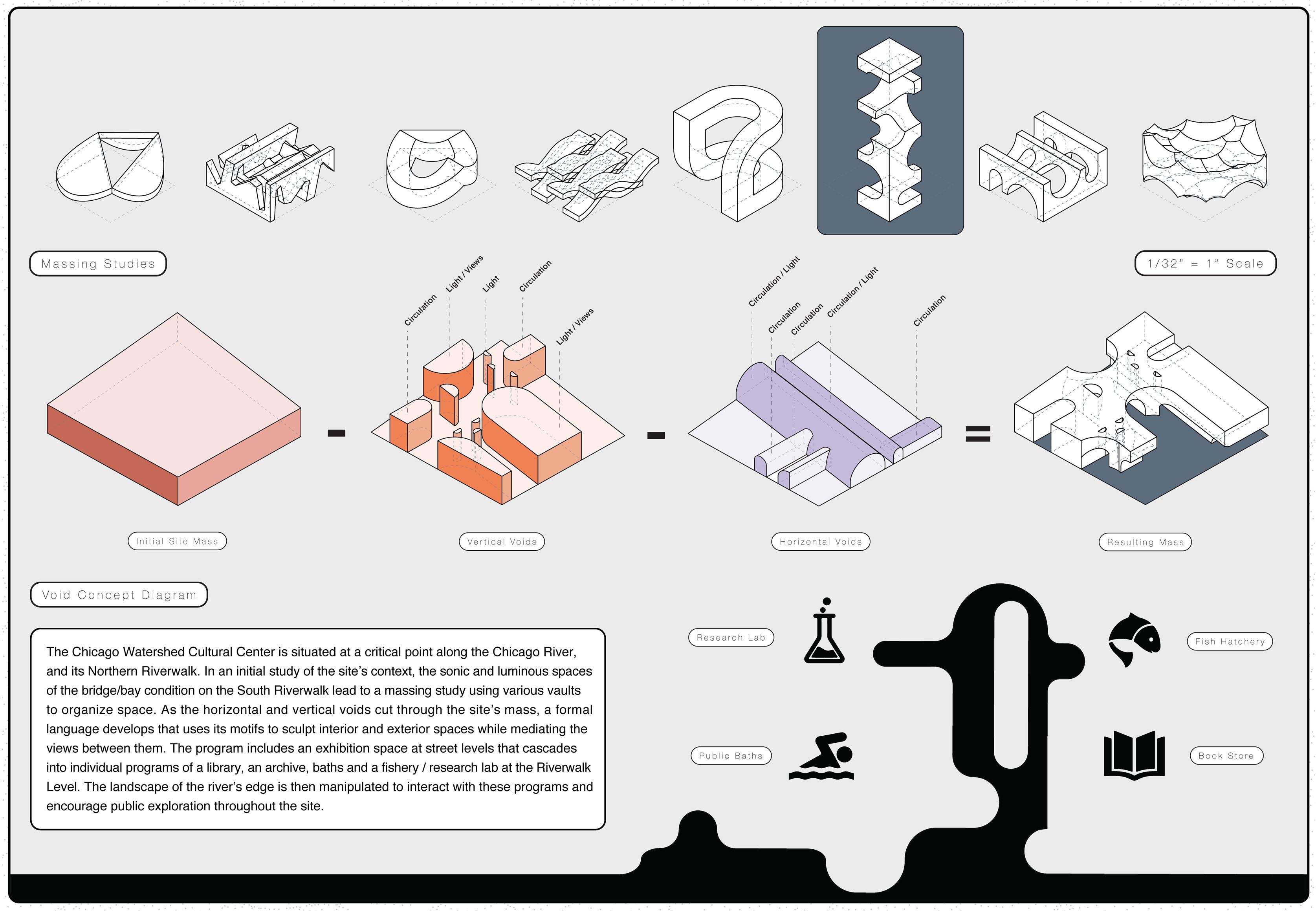 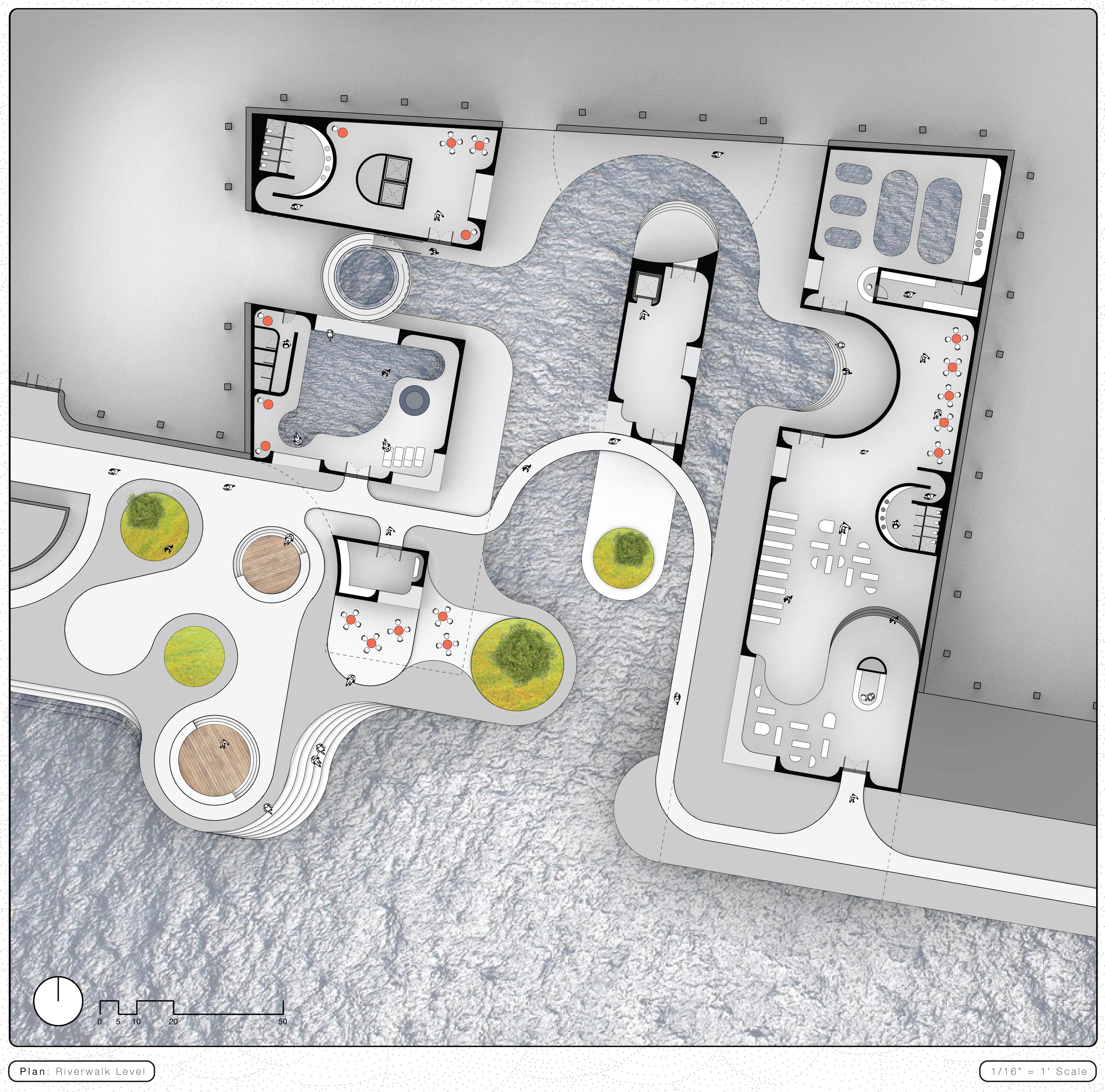 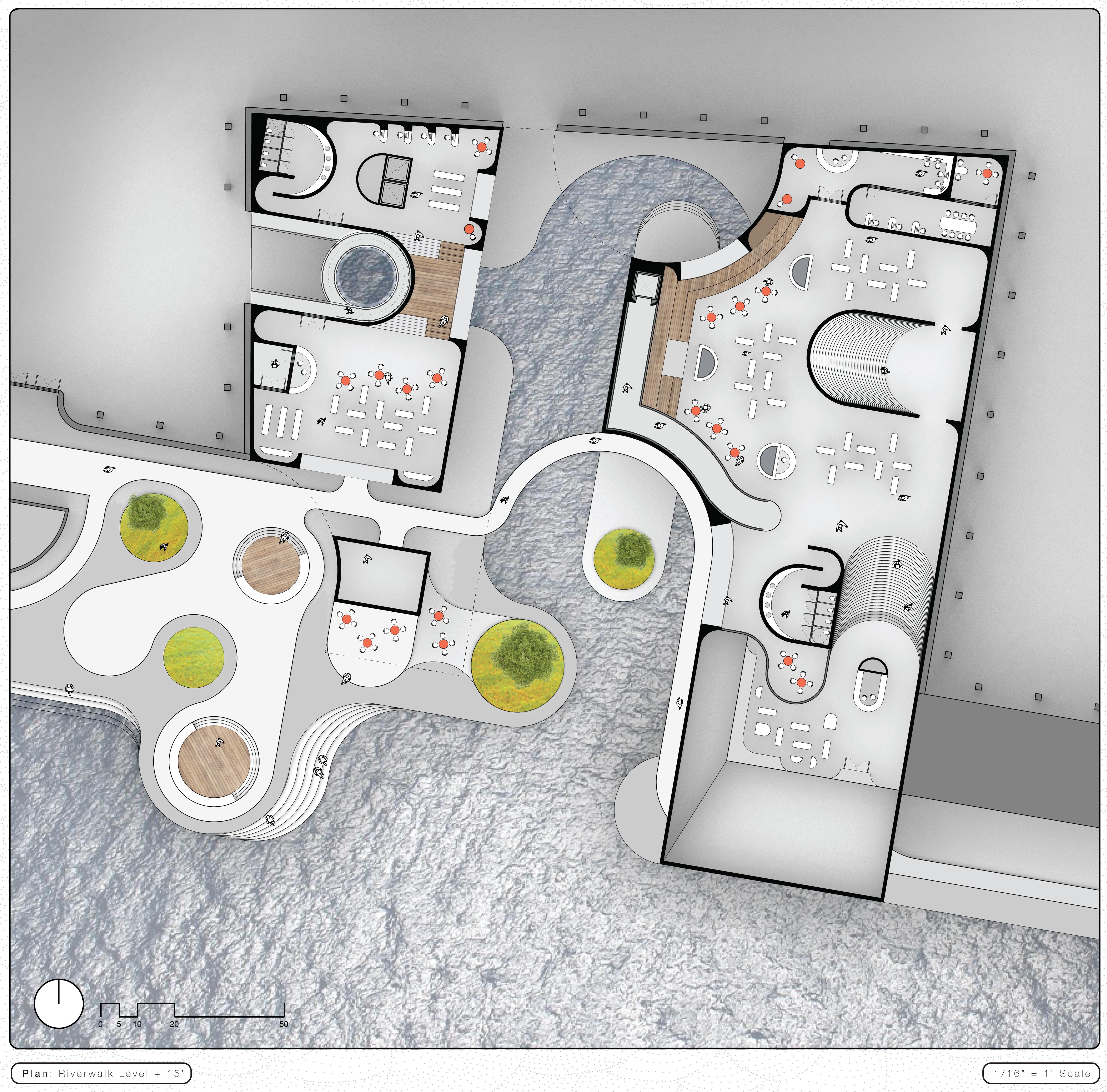 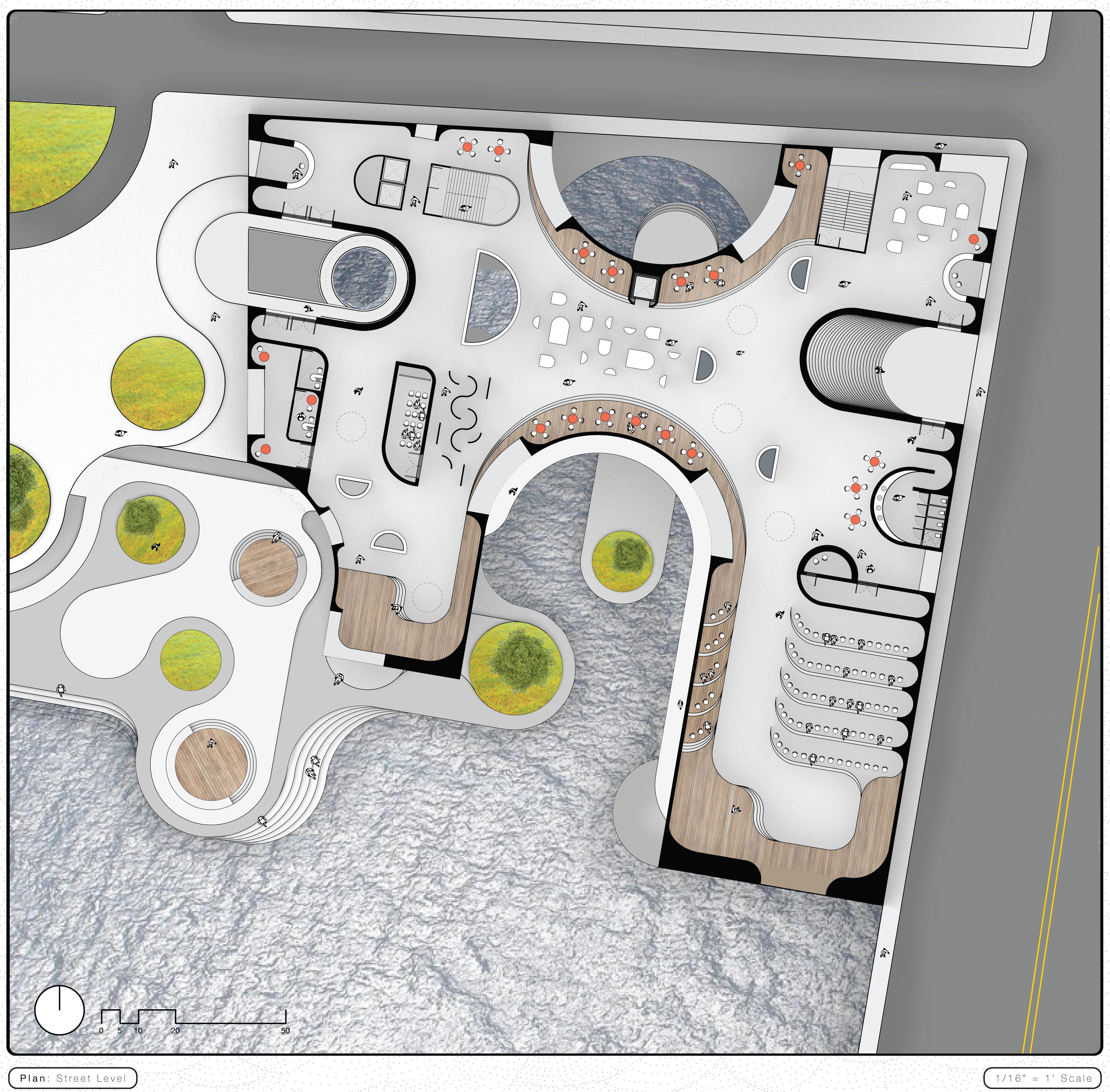 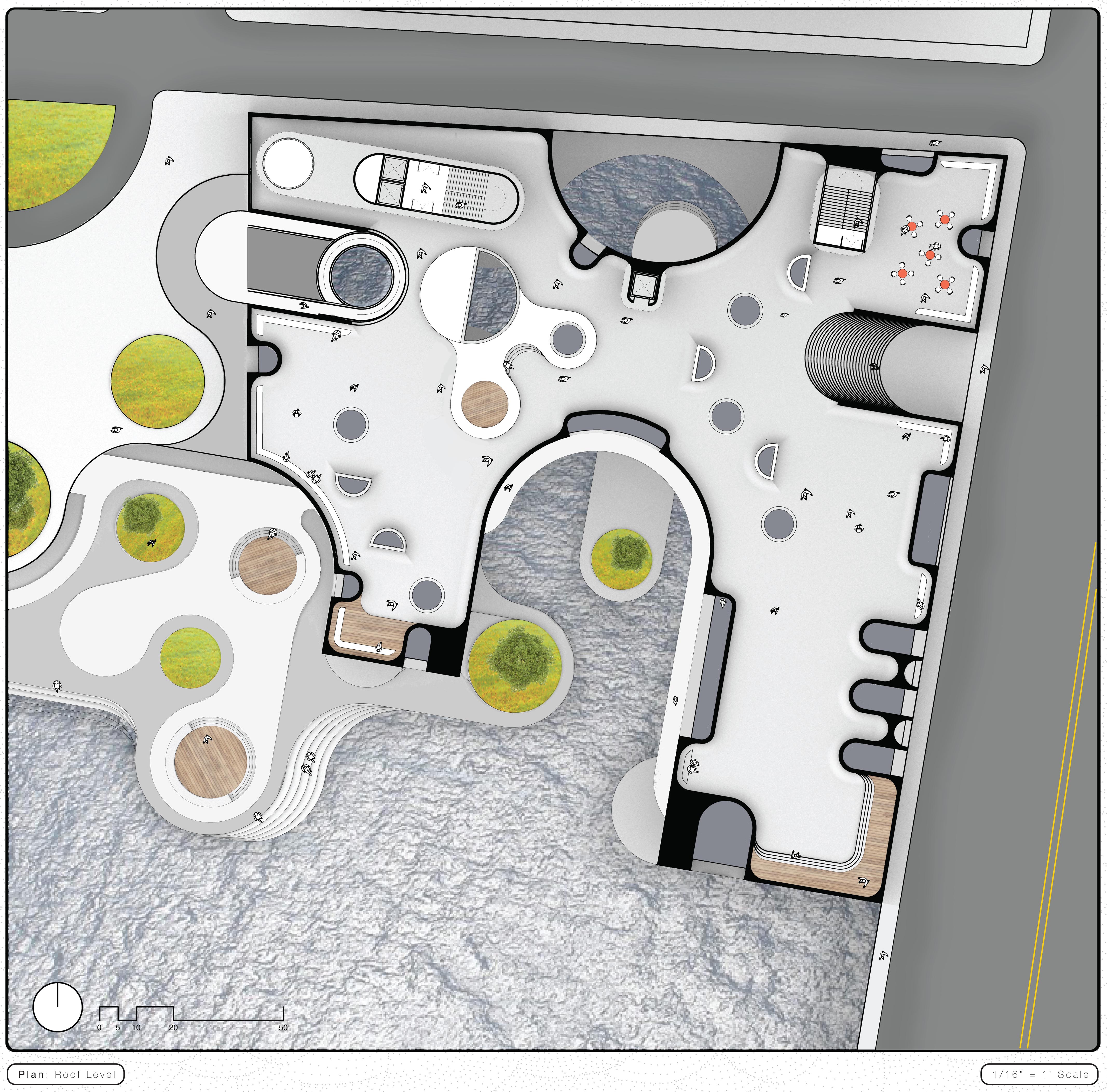